Sonic EXP is a fan game made for fun and experience. It is based on the Motobug engine, an engine I built entirely with HTML5, CSS, and JavaScript, which has been in development off-and-on since 2017. The game initially began earlier in 2020 to guide the development of both Motobug and the newly created Motobug Studio level designer. Please note that this game is still in development, and therefore the current state may not reflect the final game. (Also, I am just one person and am developing this for fun, so manage expectations accordingly ;-D)

FEATURES IN THIS DEMO:

THE GAME IS AWSOME

Reply
Sonic the gamer40 days ago

I wonder what ur gonna do for SAGE 22

Holy Crap! This is near perfection!

for some reason the game wont start can u please fix that?

What browser are you using?

that was awsome keep up the good work:)

this is AWESOME PLZ DO MORE LEVELS!!!!

Yup, that’s exactly what that is!

this is way too good for an demo lol

and anything else in this game :) 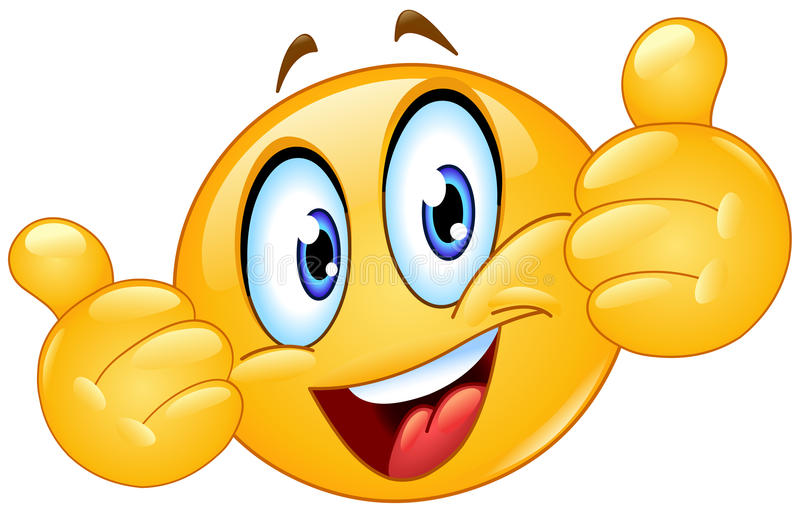 nooooo the city level is gone

Actually, there is a secret entrance at the end of sky terrace to get there… just go backwards before you reach the goal.

my only complaint i that it forces you to be in fullscreen to start the game, but good game!

eyy, this is a nice demo. Enjoying my time with it. Also love the music. I do think the level end jingle needs another pass though, it feels just a bit discordant.

I know "Comparison to another thing" is a thing that annoys a lot of artists, I don't know how it'd go with someone making a fan game, but I mean this as a huge compliment: It has the vibe of if the team behind Jazz Jackrabbit made a sonic game.

welcome I love what you have so far

Hello! If you couldn't tell this account was specifically made for this review. Hope this helps any!

Sky Terrace is an interesting design giving me Sonic After The Sequel vibes honestly. I feel like the level looks decent but wish more was going on both graphically and gameplay wise. The level isn't the best design. It's so barren and repeats itself so much. I feel like most of the levels are like this and honestly it's kinda disappointing. I hope the level design is updated to be fleshed out and  bigger in general with more to do and more paths that suit the characters better (I'll come back to this). Overall I give this level graphically a 6/10 gameplay wise a 4/10

Chaos Causeway looks like Starlight Zone and Stardust Speedway combined which I dont mind. Like Sky Terrace it doesn't have much graphically and gameplay wise. I won't go over what I have already said about gameplay as ive already gone over it in decent detail. I feel like more needs to be going on in general for something called "Chaos Causeway". Maybe more lights more building and gimmicks would be nice. I give this stage graphically 7/10 and gameplay wise a 4/10

Credits is the credits. I liked the loop-de-loop though. 10/10

Sonic like the others are a little sluggish but not too bad. Sonic has the drop dash which is fine but at the end of the day... Why? It doesn't fit the level designs at all. In fact almost non of them do. Sprite wise I don't have many thoughts. Seen it before and probably will see it again. Sprite I'll give a 5/10 and power I'll give 4/10

Shadow is probably the worse. The air dash is pretty weird and the homing  attack is barely used as no enemies are really in the levels. A shame that you barely end up using them. Also the sprite again ive seen. I give it 5/10 for sprite and 3/10 for power

Silver is my favourite. You can fly or well go on a line with him. It actually kinda fit but not much. Also like the other sprites ive seen it before. 5/10 for sprite and 6/10 for power.

I know ive been critical on this game but I just want the best from it honestly. Hope this helps!

Thank you so much! It is always good in my opinion to see some honest constructive criticism! I’ve noticed that the levels didn’t quite feel fun yet, and I couldn’t quite put my finger on why, so your comments definitely help!

Also thanks for making an account for this. Hope to see you on itch again in the future ;)

Physics problems also depend on your browser. I tried to make it mostly fps independent, but if the framerate dips too low, it could totally cause the sluggish movement you describe. Other than that, all the physics is modeled pretty close to the genesis games.

I like it, just the collision kind of confuses me and the jumping is weird. But still, impressive!

Thanks! I modeled the collision pretty closely after the Genesis games. Even so, there are a few scattered glitches that I haven’t been able to address so far…

this is realyy good even if its mod.gen

Thanks! I used mod.gen because I wanted to use something that wasn’t just a rip from Mania or the Genesis games, but I have little to no spriting experience myself.

This is a really good game one of the best I have seen.

Thank you so much!

Wasn't expecting you to reply but, yw. Also one question. Could you make it so their are customizable controls in the full game?

I’ll see…that seems like it would be a lot of work. Maybe I’ll include the ability to switch between different control schemes on the keyboard. Was there one in particular that you would prefer?

I would prefer WASD and space to jump as an alternative. A and D would be left and right, S is down, W is up. 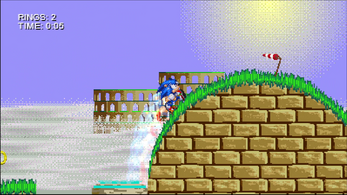 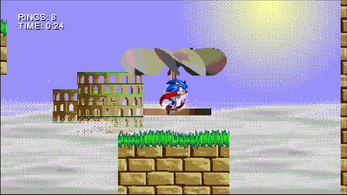 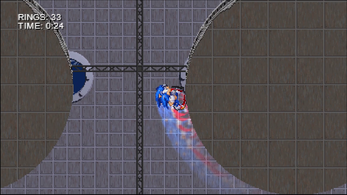 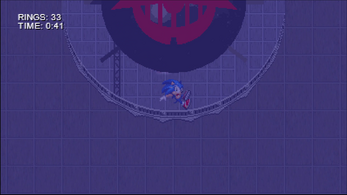 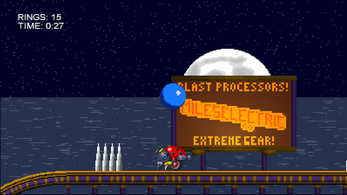 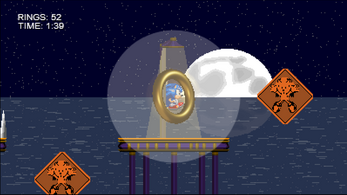 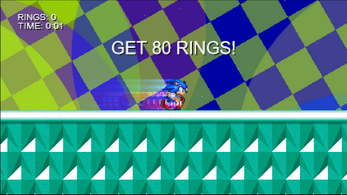